Waiting For The Swifts

Take a visit to the Clock Tower in Queen’s Park. Admire its noble form and elegant brickwork, then close your eyes and use your ears. You will hear birdsong, specifically the unmistakeable sound of the Swift. 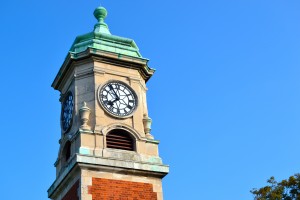 “Swift can access the boxes via the bell tower louvres”

Why? Because high up in the belfry of the tower is a suite of six deluxe hand-made Swift boxes, equipped with speakers wired to an MP3 player transmitting a recording of Swift calls at 15 minute intervals in the early morning and late evening. Swift can access the boxes via the bell tower louvres and Swift sized half moon holes giving birds access to the boxes. The aim is to attract these fine but delicate birds to breed in our park. 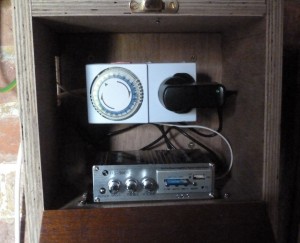 Mini MP3 player sends swift calls from an SD card to a small speaker in a nest-box. Photo: Chris Lowe.

The Clock Tower initiative is lead by Chris Lowe, of the Friends Of Queen’s Park. A keen local historian and naturalist – you don’t really know Queen’s Park until you’ve walked round it with Chris – he is currently directing his passion towards Swift conservation. These small birds come to our island for 90 days in May to August each year, but not in great volume: just 87,000 pairs, down 50 per cent from 1995. 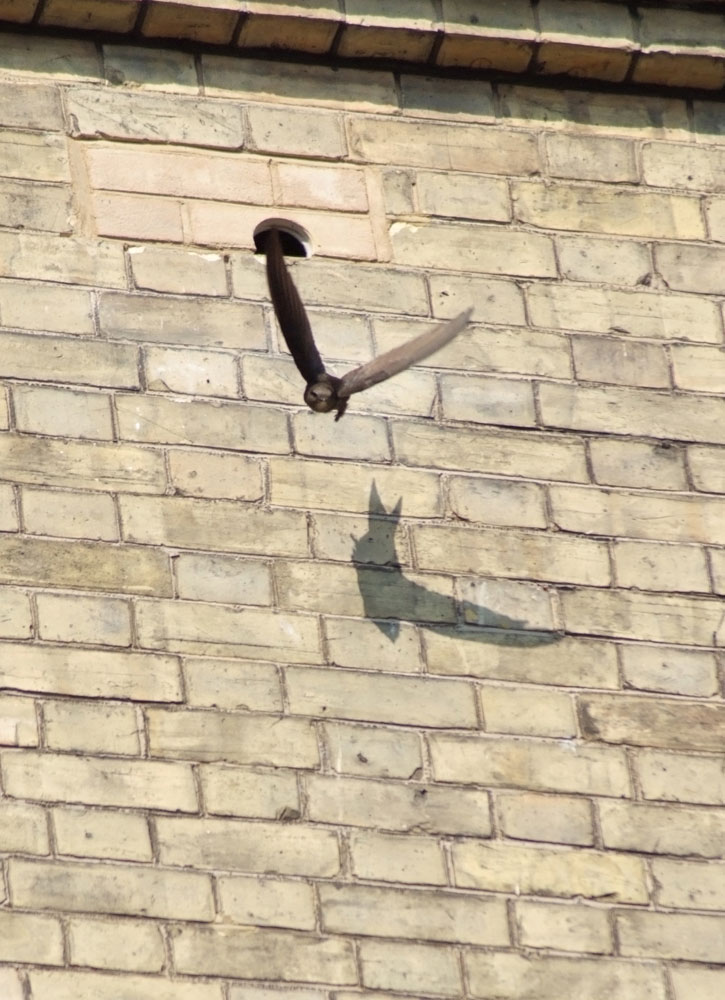 Photo by Chris Lowe, taken May 2014, using a tripod mounted Fuji S5 with 70-300mm lens, 1/2000th second shutter speed. “The nest hole was watched for an hour with my finger on the shutter release”

The Swift boxes were funded jointly by a council grant and the Friends of Queen’s Park in 2009.

The Swift – apus apus – is key feature of summer. “Swifts nest in holes – often inside old buildings or sometimes in specially-designed Swift nest boxes – so you’ll never see them building a nest outside,” says the RSPB. “In fact, if you can see an obvious nest, it’s definitely not a Swift! You’ll see Swifts flying low and fast around buildings, screaming loudly, or perhaps swooping fast into a little crevice in a building to their nests. They also hunt for food (insects) over water or sometimes farmland.”

‘Fifteenth of May. Cherry blossom. The swifts
Materialize at the tip of a long scream
Of needle. ‘Look! They’re back!’

A thriving Swift community started to use the man-made bird boxes built into the high walls of the General Hospital last year: a success story Chris would like to see repeated in Queen’s Park.

“Swifts eat, mate and collect nesting material on the wing. With no opposing claw they cannot perch or stand,” he explains.

“They are extremely loyal to their chosen nest sites, returning to the same nest-hole for their life-time. This means that each year, only about 10 per cent will be out house hunting. Playing sound recordings of Swifts has been shown to be the best way to attract them. The process of attracting Swifts may take years, but once a pair takes up residence, others will follow. They like neighbours. 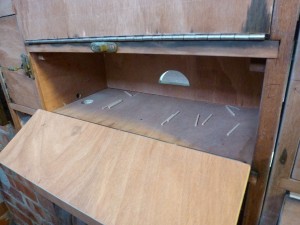 Inside one of the nest-boxes. The matchsticks were placed in rows to provide evidence of use by swifts but in this case were probably scattered by gales! Photo: Chris Lowe.

Chris has captured several striking photographs of birds in the park, including the Grey Heron, Greater Spotted Woodpecker, Grey Wagtail, Redwing and Wheatear. To spot a Swift family in the Clock Tower would make him a very happy man.

”They are the most exhilarating of birds expressing the joy of Summer yet to come.” Chris Lowe at Picnic In the Park