Coming soon: have your say on the playground refurbishment 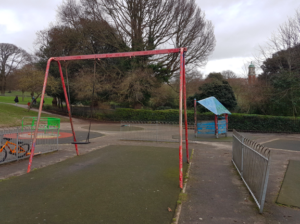 Brighton & Hove City Council are working closely with Friends of Queen’s Park (FoQP) and members the local community to develop a questionnaire, for the local community to have their say on what a revamped playground should look like. The questionnaire is to be posted on the Council’s consultation portal and, as soon as the consultation is open for responses, FoQP will make an announcement to encourage participation. The analysis of the results will inform the commissioning process and the key play equipment that will be installed in the first phase of the playground refurbishment. Special attention is being given to the durability of materials being used, how they blend with the environment and, importantly, accessibility for children and young people with disabilities.

The revitalisation of the Queen’s Park play playground is part of an ambitious £3 million Council scheme aimed at bringing 42 playgrounds across the city up to date. 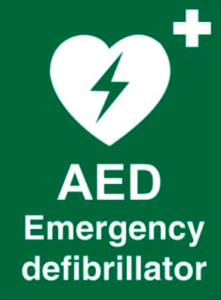 The Friends of Queen’s Park have joined forces with the Queen’s Park Tennis Club to purchase a debribrillator.

The life-saving equipment is to be fixed to the exterior wall of the tennis clubhouse and first aid and training sessions in its use will be announced once the installation has been completed. 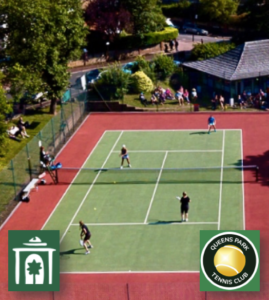 Social membership will entitle you to use the club’s bar and facilities, as well as getting a discount should you wish to hire the clubhouse for an event.

If you wish to register as a social member of the club click HERE.

Love trees but don’t know what you are looking at? 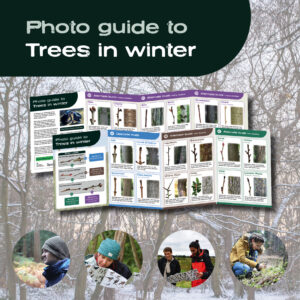 Register  to  receive  your free tree identification guide to help you learn about trees and connect with the nature around you! Friends of Queen’s Park is supporting the charities, Field Studies Council and Trees for Cities, to connect  people  to  their leafy surroundings by supplying  thousands  of free ID  trees  guides  from January 2022. These guides are available exclusively for residents living in Brighton and Hove and its surrounding areas.

Register by 10th January 2022 to receive your first free guide by post later that month. Availability is limited and will be sent out on a first-come-first-served basis. Register HERE

Funds to plant trees won by Friends of Queen’s Park 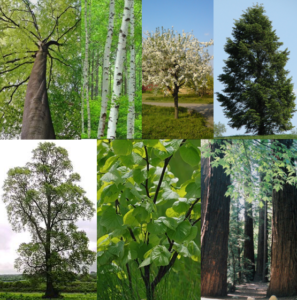 The Friends of Queen’s Park (FoQP) has won funding from the Urban Tree Challenge Fund (UTCF) to plant more trees in the park.

The fund, which is administered by the Forestry Commission, is worth a little under £14,300 and will be used to purchase 24 species including beech, birch, cherry, elm, hazel, mulberry and redwood.

The two year project will start with the first phase of planting on Saturday 5th February 2022. The terms of the bid*, lead by FoQP Secretary Caroline Burnard and supported by Cityparks, are that the UTCF cash are to be match-funded with volunteer input to maintain and care for the trees. The bid also included local schools in the on-going tree maintenance.

Anyone wishing to volunteer to support the Cityparks tree planing team on 5th February, please register your interest HERE.

Carols in the Park returns 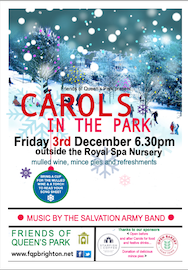 The first Carols in the Park since lockdown restrictions were lifted will return on Friday, 3rd December at the Royal Spa School, Queen’s Park.

With the Salvation Army brass band providing the music, the Carols kick off at 6.30pm.  Mulled wine and traditional mince pies will be served.

Those attending are urged to bring their own mugs and torches. All proceeds raised will go towards the maintenance of the Park.

Another volunteer day will take place on Sunday, 17th October from 11 am till 1 pm. Volunteers are asked to come to the pond. Our Park Ranger and the chair of the Friends of Queen’s Park will be leading the activities.

The main work will focus on the pond, but there will be a number of other volunteering opportunities on the day.

Playground makeover to begin – have your say

The start of the Queen’s Park playground revamp is about to get underway shortly, but, before it does the community will be given a chance to have its say about what it would like to see.

Brighton & Hove City Council allocated £146,000 for the refurbishment at the start of the year and on Tuesday, 28th September two officers will be visiting the playground between 2pm and 4pm to start taking soundings from parents, carers and children about what they would like to see in the space.  The funds earmarked for the project will be used for a phase one development with a future phase possible subject to a fundraising drive by members of Friends of Queens Park with support from City Parks officers.

Caroline Burnard and Jerome Hansen, two members of the Friends of Queen’s Park’s sub-committee, who are spearheading the oversight of the playground transformation, will also be on hand alongside the Council Officers.

Commenting Caroline said: “This is only the start of the consultation process. The Council’s consultation portal will be activated shortly and this will provide more members of the local community to have their say on how it would like to see the playground developed. The Friends of Queen’s Park will be publicising the link to the consultation as soon as it goes live.

“In the meantime, the Friends group have emphasised to the Council that, while it recognises the financial constraints and the need to minimise on-going maintenance costs, it hopes to see the use of natural materials wherever possible, using colours that blend with the surroundings of our Grade II Listed Park.”

Volunteers get stuck in

The first official volunteer day, since COVID lockdown restrictions were eased, took place at the pond on Sunday, 11th July.

Nearly  a dozen volunteers, under the supervision of Park Ranger, focussed their attention of securing the cages in the pond, clearing rubbish from it and litter picking elsewhere in the park.

The Council has issued guidance that volunteer groups of up to 30 people are now allowed, provided that they are supervised by a trained volunteer leader. The Council is organising leadership courses but, with limited places available on them, anyone interested in joining them should click HERE.

The next volunteer opportunities take place on Sunday, 1st August during Bark in the Park and on Sunday, 8th July when the pond maintenance will feature again.

Our picture shows park volunteers Andrew Browne and Cat Stead who helped clear the pond of rubbish, which included a metal road sign! 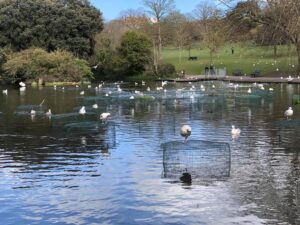 Volunteering in parks in Brighton & Hove has been put on hold during lockdown. Now the Government has issued new guidance which has allowed the City Council to restart volunteering in  Queen’s Park.

There are still some restrictions in place though. Volunteer groups of no more than 30 can come together and they must be supervised by a trained volunteer leader, or by our local Park Ranger.

The first volunteer day will take place on Sunday, 11th July and will be led by park ranger Lindsay Catternach, who asked that volunteers come to the pond by 11 am. it will probably last for two or three hours.

The second volunteer day will take place on Sunday, 8th August kicking off at 11 am with the pond being the assembly point again.