The Pond is a central feature of the Park. It is also a vital eco-system, and plays a prominent part in the natural life of the Queens Park.

The birds that inhabit and visit the pond can be found on Wild Birds.

This Female Broad-bodied Chaser is a species new to the Pond and was spotted in 2010 laying eggs (above).    The male is blue with yellow side spots. (If you move slowly enough it will let you get really close) 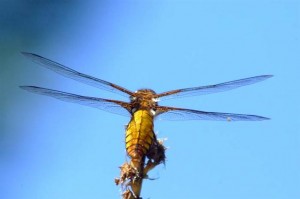 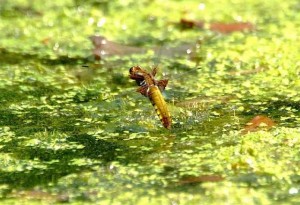 On  sunny days Britain’s largest Dragonfly, the (blue) Emperor was much in evidence. 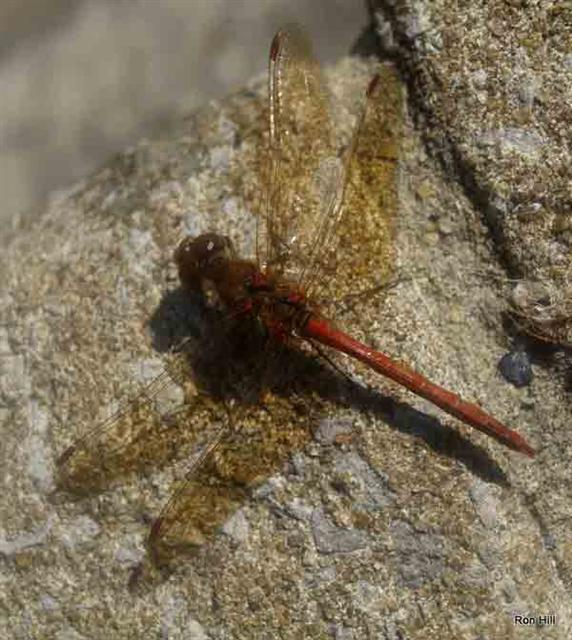 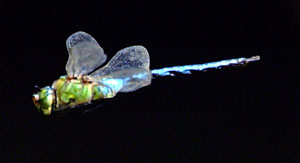 New in the pond in 2010 year were numbers of Smooth and Palmate newts and many hundreds of young frogs.